Our question this week is not actually connected to a “work in progress”, but I decided to go ahead with it, as the answer might be surprising.  A reader asks:

What is the difference between regime and regimen? I hear people use “regime” to describe a program, like diet or exercise, all the time. However, my mother says this is wrong and the word should be “regimen”. Please settle our dispute.

Popular usage can overtake the traditional meaning of a word, and this is a case in point. Historically “regime” has been used to indicate a method of government, and particularly one in which the head of state passes his position to his descendants.  For instance, Czar Nicholas II of Russia was the last of the Romanov regime, while England’s regime of Windsors includes Elizabeth II, and the kingship will be passed to one of her descendants, probably Prince Charles.

“Regimen” is the word that traditionally describes a diet or exercise program, or actually any specific activity done on a set basis.  So whether you practice piano every day before dinner, play in a softball league every Saturday, or have a 10-step process for doing your make-up & hair for a night out—that’s a regimen.

(As an aside, one other thing I’ve heard is the use of “regiment” for “regimen”. Regiment as a noun is a term alluding to a specific unit of military forces. Or as a verb, it means to control, organize, or delegate. It really makes no sense when substituted for Regimen.)

But to get back to the question: technically speaking, your mother is correct. (Mom always knows best, doesn’t she?) However, it’s become so common to use “regime” for “regimen” that some on-line dictionaries will give you both definitions interchangeably when speaking of a plan of activity. I have not seen “regimen” substituted for the traditional meaning of “regime”, and I kind of doubt that it ever will be. But one never knows!

Language is a living thing and is always in a state of flux, whether we like it or not. I personally prefer to stick to the traditional meaning of both words, because (a) grammar nerd, and (b) resistant to change. But I have been known to accept new words (though “impacted” as a verb makes me grind my teeth!) 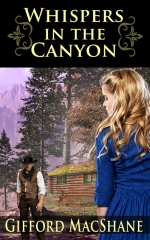 Reviews for Whispers in the Canyon 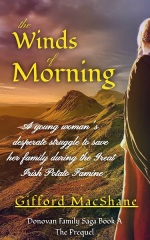