MOLLY DONOVAN:      When An Gorta Mor (the Great Famine of Ireland) began in 1845, Molly (nee Mary Agnes O’Brien) lived with her two younger brothers and her parents. Within two years, her parents had starved to death; she and her brothers were close to following them.

Excerpt from WHISPERS IN THE CANYON:

“Molly had been lucky enough to take her father’s place on the road gang. Fifteen hours’ hard labor a day, breaking rocks to build a road that went nowhere, her wages still less than she needed to feed her hungry family. The distribution of Indian corn had been suspended, the soup kitchens inadequate. The English government had left Ireland to its own devices, and over eight hundred thousand would perish.

… [She] trudged wearily through the streets of her tiny village in County Clare. She was willing to offer her wages, her body, her soul for food for her brothers, and wept because she could not find or beg a scrap. As she stood on the banks of the River Shannon, the miracle she prayed for appeared.”

JOHN PATRICK DONOVAN:      The answer to Molly’s prayers. Sent by his family of ships’ chandlers to County Clare, he was to pick up a load of oats that had not been delivered by the Earl. He found, instead, that the Earl had returned to England, and had locked up his oats in a barn while his tenants starved. Trying to reconcile the vast army of starving with the tons of food he saw being exported daily from his home in Wexford, he walked aimlessly, arriving finally at the river. And there he saw Molly.

With her fiery halo of hair, gaunt body and calloused hands, she tore at his heart. He married her that very day and, when one of her brothers died overnight, he brought her and her one surviving brother home to the bosom of his family. John Patrick could not tolerate the callousness of his government, so eventually he emigrated to America, taking with him his wife, his three sons, and his mother,

KATIE DONOVAN:     As WHISPERS IN THE CANYON begins, Katie is nearing 90 years old. Katie, or “Gran” to the family, is a tiny white-haired woman who is almost blind from cataracts, but her hands are never still. She knits, crochets, tats lace, and even occasionally makes a shirt for one of her grandsons. She is a wise woman who quotes Irish proverbs and Homer as well, and is wont to say that even that fine man would have been an Irishman, “had he a choice in the matter.”

Katie has inherited the gift of insight from her Druid ancestors, and is considered the heart and soul of her family. Her insight is much needed with the advent of “Little Jesse Travers” into their lives.

One thought on “DONOVAN FAMILY SAGA Cast of Characters (2)” 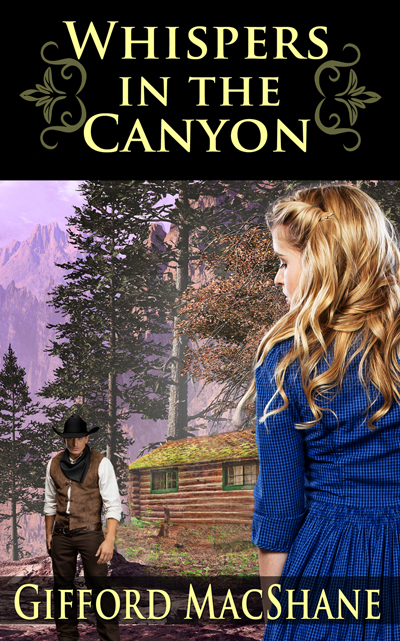