Now that I’ve gotten a handle on this “blogging” thing, I’ve decided to participate in a Photo Prompt challenge.  This prompt was created by North West Writers and new photos are posted bi-monthly.  The current photo is near and dear to my heart.  As this is my first “assignment”, I thought I’d try something with characters I was already familiar with; the scene, and the lyrics contained in it, will fit beautifully into my second novel, THE WOODSMAN’S ROSE. The setting is the 1880s Arizona Territory; a masquerade dance is given for Irene Donovan’s eighteenth birthday, which falls on Hallowe’en. 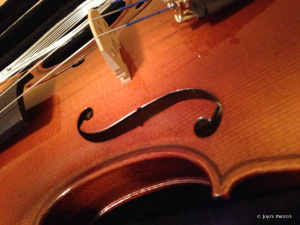 The band took a break and the dance floor was cleared for the children, who ran and jumped and chased one another merrily until many of them fell into exhausted heaps in the corners.  Six–year–old Kathleen Flaherty was still going, though, and approached Daniel with a request.

“Would you play your fiddle for us?”  Several voices chimed agreement.

“I don’t have my fiddle with me, but maybe I could borrow the band’s.  Would that be okay?”

“Sure.  But you’ll have to be careful not to break it.”

Kathleen did the asking and the band’s fiddle was delivered into Daniel’s hands.

“What should I play?”  he asked Kathleen.

“RORY!“  Startled, her brother jumped up from the floor.  “C’mon, we’re gonna dance!”

They took their places in the middle of the floor, Kathleen in her velvet dress, Rory in his kilt.  He was several inches taller and as dark as she was fair.  They stood perfectly still while Daniel tuned the instrument, and were ready with the first note.

Their little legs flew so fast it was hard to tell when their feet touched the floor.  Their arms hung unmoving at their sides.  They faced their audience, then each other, then turned and danced in a circle –- hop, skip, fling out the legs in perfect time with the music.  Suddenly Norah Riley joined them in her petticoats, her brother Tim in his kilt, and they missed not a beat as they took on their new partners. Their faces were stiff with concentration.  Kathleen’s curls were flying around, Norah’s petticoats looked like a bright, ever–changing rainbow.  The boys skipped back to let the girls have the limelight, then took their own turn front and center.

They were dancing together again when the music ended.  They were so still when the last note sounded, it seemed that they had never moved at all.

“Hurrah!” shouted Brian, clapping his hands against his massive thighs.  Every voice echoed in praise for the children.  “Start it up again, brother!”

As Daniel began to play again, Brian grabbed Irene by the arm and hauled her out onto the floor.  Brian’s dancing had more energy than grace, but his sister matched him step for step, her long slender body lithe as a fairy’s, her feet touching the floor lightly each time he landed with a thump.  The fringed hem of her dress flew up with each step, revealing the knees that had captured Jeff Scott’s attention. Yet it was her feet they watched – so quick, so light, so graceful in movement.  She seemed to be dancing on clouds.

Her parents joined the dance, then Frank led Patricia to the floor.  John Riley asked his new bride, who laughingly refused him, then turned to Moira Flaherty.  Daniel picked up the tempo and when he finished the song, they were all red–faced and panting.

Daniel saw his wife beaming at him, the tiny dimple in her chin deepened by her smile, and he began to play again.  Sweet and soft, slow and loving, came the old Welsh ballad, and he played it for her alone.  Though the floor was filled with dancers and a score of bodies moved between them, she heard the words from his heart to hers,

Of all the proud fellows, the proudest I’ll be
When the Maid of Llanwellyn smiles sweetly on me.

It was the song that had won her heart, the song he had courted her with.  That he had played for her at their wedding.  And her heart responded now.