We’ve all heard about the RULES we need to follow in order to be “good” writers. No adverbs, no passive voice, no split infinitives, show don’t tell, limit dialogue tags to “said” & “asked”, use only one POV per chapter―these are just a few of the absolutes we’re faced with every day.

I’ve heard some RULES that are downright silly, such as: only one comma per sentence; no more than 4 sentences per paragraph; no conjunctions. The latest one to make the make the rounds is “no gerunds”, where most proponents of the RULE think a gerund is any word ending in “ing”. (It’s not. In fact, the only two gerunds in this article are “writing” and “painting”. For more info, read this post.)

The problem, it seems to me, is taking the style choice an author has made and proclaiming it a universal RULE.

Yes, I said “style choice”. You can decide that adverbs are not for you, that you always want to show and not tell, or to use no dialogue tags at all. A thriller writer may make some choices that a literary writer might denounce. But imagine if everyone took their favorite style choice and pronounced it a RULE for all to follow. That would almost surely lead to a cookie-cutter approach to writing, and individual creativity would suffer.

What would the state of literature today be if Faulkner followed Hemingway’s choices? if Fitzgerald was ruled by Cervantes? if Cain followed Chaucer’s? Cormac McCarthy consistently uses only the period and comma as punctuation. Should we all, as modern writers, follow his example? 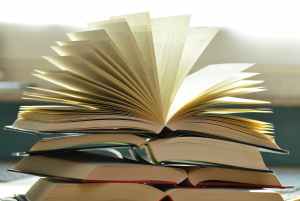 Photo by Pixabay on Pexels.com

Don’t be so blinded by the authority behind a RULE that the choice you make hurts instead of helping. Focus on the rhythm of your work first―do you want staccato or lyrical? are you chasing a serial killer or relating a love story? or maybe both in one novel? There is no RULE that says you can’t have it all as you craft your manuscript.

The rhythm you seek will give you the choices that best benefit your story. Then you can join the ranks of these esteemed authors who know all the RULES and when to break them:

Truman Capote: Writing has laws of perspective, of light and shade just as painting does, or music. If you are born knowing them, fine. If not, learn them. Then rearrange the RULES to suit yourself.

Henry David Thoreau: Any fool can make a RULE, And any fool will mind it.

Scott Turow: I think that you must be aware of the existing conventions. …That does not mean that you cannot reinvent them in your own way.

Anne Rice: …any RULE you hear from one writer [that] doesn’t work for you, disregard it completely.

Neil Gaiman: The main RULE of writing is that if you do it with enough assurance and confidence, you’re allowed to do whatever you like. (That may be a RULE for life as well as for writing. But it’s definitely true for writing.) So write your story as it needs to be written. Write it honestly, and tell it as best you can. I’m not sure that there are any other RULES. Not ones that matter.

G. K. Chesterton: I owe my success to having listened respectfully to the very best advice, and then going away and doing the exact opposite.

Joyce Carol Oates: Best tip for writers: not to listen to any silly tips for writers.

Subscribe & get a free copy of one of my books.